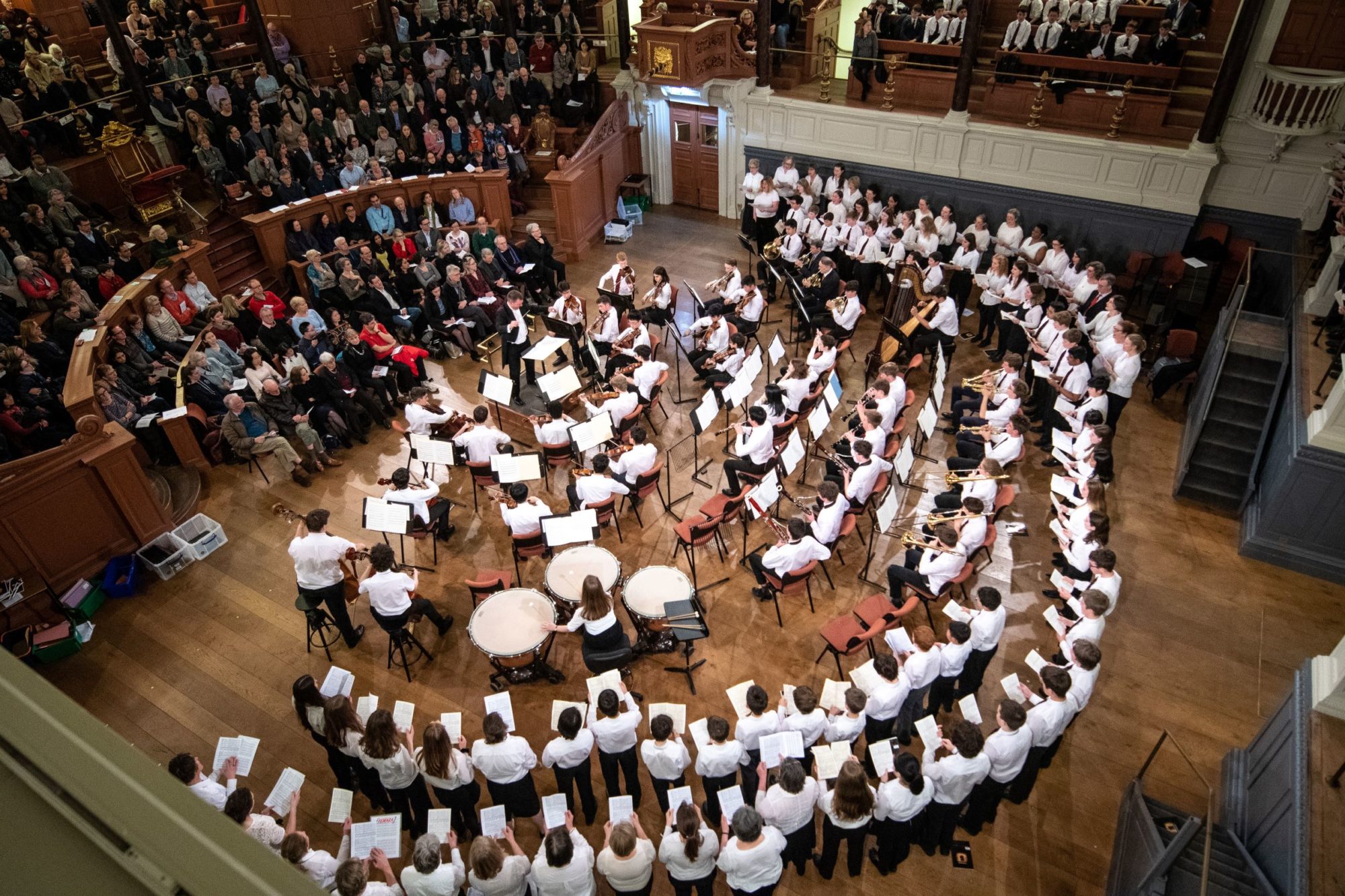 All pupils at MCS lead an active musical life:

The standard of music is astonishingly high, with recent repertoire including:

The annual Oxford Festival of the Arts and our extensive Chamber Music programme offer our musicians wonderful opportunities to perform with professional ensembles including most recently:

The annual Sheldonian Concert is a school highlight each year with performances from the Symphony Orchestra, Choral Society and all boys in the 2nd Form. The Orchestra usually performs a major orchestral work, such as Shostakovich’s Fifth Symphony; the 2nd Form sing an upper voice work (in parts) to give them the experience of performing in public; and the Choral Society usually perform a major work, accompanied by instrumentalists from the school, for example Fauré’s Requiem.

In addition, the whole school has learnt major works and in recent years have performed Carl Orff’s Carmina Burana and John Rutter’s Requiem.

Music at Magdalen Concerts in November and March at SJE Arts on the Iffley Road showcase the huge variety of music that is on offer at the school from the various ensembles.

May Bank Holiday is celebrated with An Evening of Jazz & Blues, a spectacular range of performances by the Jazz Bands, Close Harmony Groups and a whole host of pupil led groups.

The Parasol Jazz Evening sees the school collaborate with young people who are members of Parasol Project.

The Jazz Band regularly performs at the opening of the Oxford Festival of Arts and at the Dorchester Festival.

Hotly contested each year, House Singing brings the whole school together in a wonderful celebration of the school’s music. Every member of the Senior School performs in their house song, and the Small Groups section of the competition provides an opportunity for the most talent singers to arrange, rehearse and direct an a capella performance.

Chamber Concerts throughout the year allow the top musicians to perform in a formal concert, both as soloists and in chamber groups.

The Grove Auditorium Concert in February showcases the best chamber music in the school as well as giving pianists the opportunity to accompany singers. In preparation, professional musicians visit the school and undertake a series of performance workshops with each group.

Weekly Friday afternoon Teatime Concerts are an informal chance for pupils of all ages and abilities to gain performance experience in a relaxed and informal setting.

Music is integral to the Chapel Services on four days a week as the choir leads the hymn singing, while on Fridays, Music and Meditation features performances by Sixth Form musicians. The choir and whole school regularly sing sacred music as part of Choral Prayers.

The Choral Society and Magdalen Sixth Choir perform services throughout the year in venues across Oxford. These include Carol Services in Magdalen Chapel, the end of year Commemoration Service in the University Church and evensong in a variety of college chapels.

Our pupil school organists accompany all services and rehearsals and each year singers and organists achieve scholarships to university.

The Music Tour takes place every two years at the end of the Trinity Term, giving pupils the chance to perform in major venues around Europe. Recently these have been to Prague, Slovenia, Spain and most recently, San Marco in Italy.

Music in the Community

Yearly musical with the Drama department involves musicians singing as well as playing in the band. Recent shows have included Sweeney Todd, Cabaret, 42nd Street as well as some original works written by Head of Drama, Alex Thomas.