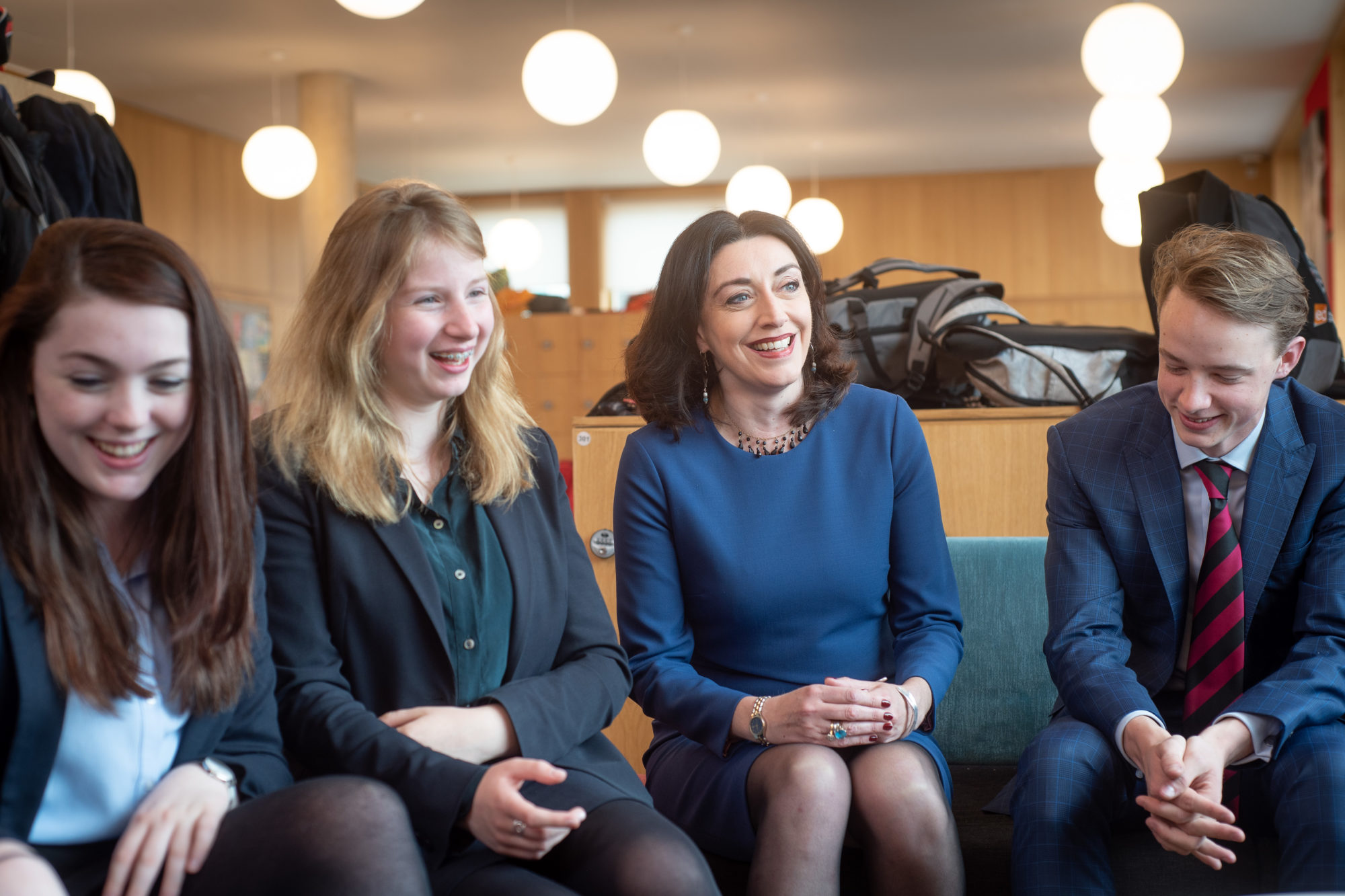 Welcome from the
Master

I took my post here in summer 2016, just as my younger stepson left MCS and headed off to Magdalene College Cambridge. By that point I had been an MCS parent for eight years, so I already knew the transformative power of an MCS education.

This might sound like the opening of a story of established educational privilege, and in some ways perhaps it is.  That this is my story at all is however surprising to me.

In 1991 I came up to Christ Church from a Northern Comprehensive, the first person in my family to go to University.  I played cricket on the grounds MCS shares with my old College. If you had told me back then that I’d become Master of the school across the meadow, I’d never have believed it. There is something of the ‘low door in the wall’ about this place, and we draw much from the innovative tradition of our founding spirit. Oxford was the making of me, and I hope that coming to MCS might be the making of you.

It is natural to feel some trepidation about becoming a Sixth Former, but it can be a liberating experience. You choose to study four subjects which you enjoy, and socially everyone is in the same boat. It doesn’t matter if you have attended MCS since you were seven, or if you are the only person from a school miles away: MCS Sixth Form is a fresh start for everyone. And by the end of September, it always feels as though everyone has been here forever, so don’t worry.  These are precious years that I hope you will treasure forever.

When I took up the post, the inspiring Sixth Form Centre in which I am sitting as I write was little more than a lacuna in the car park.  I decided to have my Study here in the heart of the school, and I love being above the Sixth Form Common Room.  (And so does my dog.)

If you choose to end your schooldays here, I hope that you will grow to love life at MCS as much as I do. 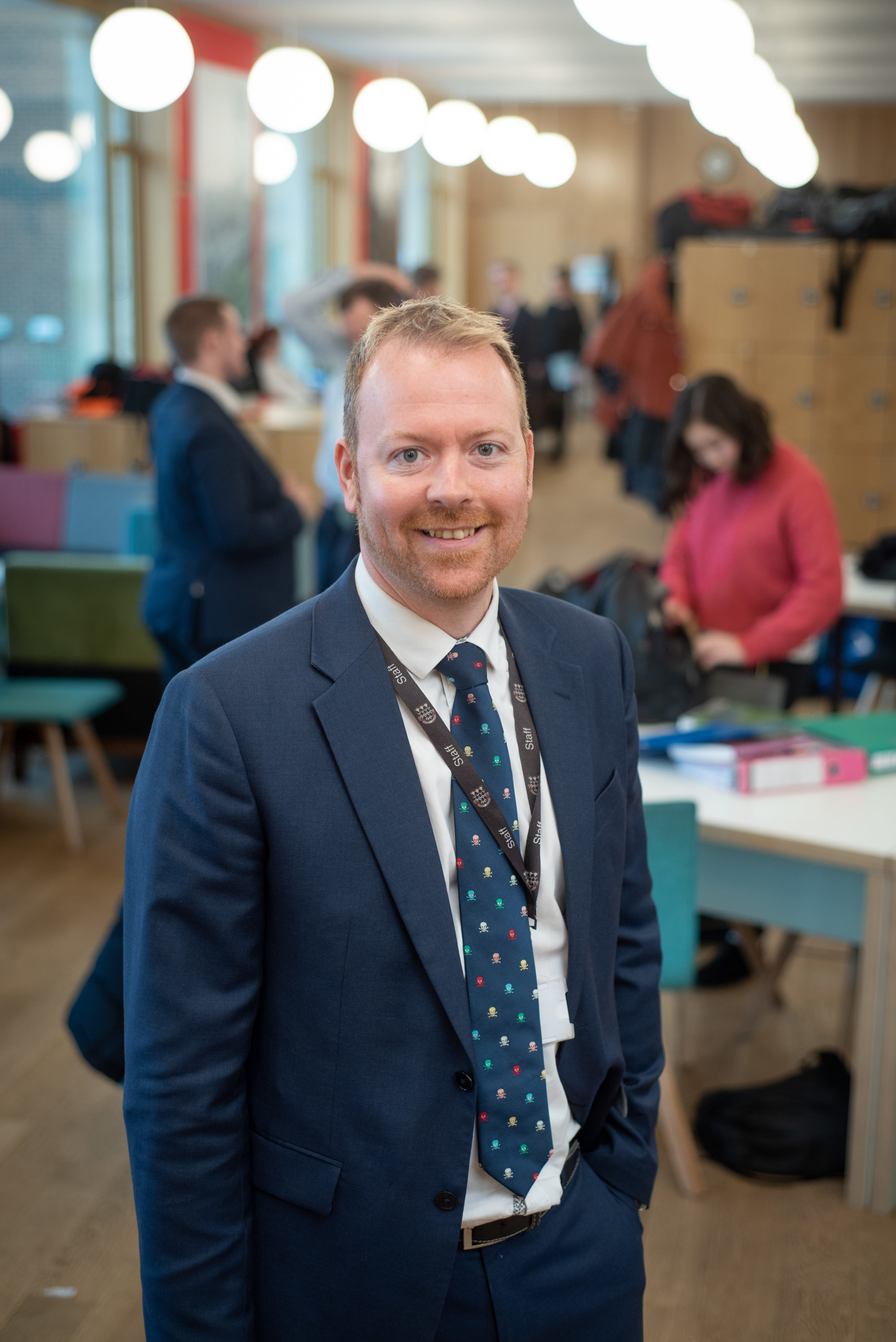 Welcome from the
Head of Sixth Form

MCS in a roundabout way has a good deal to do with why I became a teacher in the first place. I was coming to the end of my DPhil in Oxford and looking at post-doctoral opportunities, when a friend of mine suggested that I visit Magdalen to have a look around.

Teaching had been something I’d begun to consider but at that stage, I was focused on developing a career in academia or perhaps a move to industry. It would be fair to say that that visit on a cool spring day back in 2005 had a fairly monumental impact. It is difficult to quite identify what it was specifically about the day that resonated so much. Most simply put, I had a tremendous sense that I had missed out on something in my own education. There was a liveliness about the school and a good humoured ease about the way the staff and pupils talked to each other. Excitingly too, the pupils were bright and interested in the classroom. There was no sense of holding back and they simply, and good naturedly, did what you asked. No repeating simple instructions, they just got on with things. A couple of years later and I was back at MCS on a job interview for the role of Biology Teacher. I can remember getting through as much in a half hour lesson as I had been managing in an hour and ten minutes at my then current school.

Twelve years later and many things have changed. There are now girls at Magdalen. The school is a good deal bigger; some 300 more pupils than when I started. We have new buildings. The latterly renamed Michael Peagram Building and the magnificent Richard Record Sixth Form Building in which I feel immensely privileged to have an office overlooking the School Field and the ‘dreaming spires’ of Oxford. New buildings, flashy IT suites and shiny new laboratories have not traditionally been defining features of the school and indeed, even now, as I write this in my comfortable new office with the great view, they are not the things which make my day to day experience (or possibly those of the pupils’), especially rewarding.