We are delighted to announce that the Conveniamus campaign has raised over a quarter of a million pounds in aid of bursaries and hardship!

This Summer the MCS community, including OWs and Friends, pulled together in support of current MCS families whose financial positions have been profoundly affected by the pandemic, putting students’ schooling at risk.

Starting on what would have been Commemoration Day, 4th July, a virtual fundraising campaign was launched, with the first £50,000 of donations matched by an anonymous OW donor, in honour of former teacher Nigel Bates. With over £100,000 raised, a second OW came forward with a £25,000 match.

Because of support from the MCS community, all hardship need at MCS in Trinity term 2020 was met. So far, school has seen a significant increase in hardship applications.  More details are available in the 2020 Donor Report.

As mentioned above, the first £50,000 of donations to the campaign was matched by an OW (1996) in honour of inspiring teacher Nigel Bates. We are proud to announce this has led to the establishment of the first endowed bursary named in honour of Nigel.

Nigel taught Geography at MCS from 1976 to 2006, inspiring and motivating generations of OWs. Not only was Mr Bates an outstanding academic mentor, but he also provided dedicated pastoral support to the whole school community as a House Master, teacher, colleague and friend.

The match donor has spoken about Nigel’s influence: ‘I find such joy in remembering Nigel, with his warm and affable nature and ever-present sense of humour. But most of all I remember the extraordinary faith he had in his pupils, and how he went above and beyond to make sure we made the most of our schooling. I cannot think of a better way to celebrate him so future pupils can have the opportunity to experience the pride, passion and pragmatism that defined Nigel, and which is so much a part of the fabric of MCS.’

Through this match and the contributions already made to an OW endowment fund in June 2019, we are now able to establish a new endowed bursary in Nigel’s honour.

Below is the message from the Master on the close of the campaign.

“During these uncertain times, it has been a joy to see how the MCS community has joined together to support current and future pupils.  The generosity of our donors has enabled us to offer hardship grants to those who are genuinely and profoundly affected by the implications of the virus, as well as ensuring that MCS can continue to be a place where students of all backgrounds and financial means can receive an MCS education. Donations have made a positive difference: both now and in helping to secure the long-term future of MCS.

As we prepare for our 550th anniversary in 2030, there will be more opportunities to support the school in ensuring that its doors remain open to all pupils who are best able to benefit from an MCS education.

It is not too late to contribute to the campaign. With the changes again this week, I know the need for hardship and bursary support will continue. I recognise that we all have charitable priorities. If you would like to support MCS, please consider making a gift.

Beyond the campaign, we have been so proud of how the MCS community has come together this year to support one another. We know that it has been a difficult year for many, and our thoughts in particular go to those who have lost loved ones. Our heartfelt thanks go to all those working on the front lines of this pandemic- you are an inspiration to us all.

Thank you once again for your generosity. We are so grateful to our donors, and hope you will take pride in the difference your donation makes. MCS would not be the school that it is today were it not for your support.

“Nigel would be particularly pleased that the money donated in his name is going to a bursary that will enable pupils to start or continue their education under the present financial crisis. He would have been very humbled to think that one of his students wanted to make a donation in recognition of the way in which Nigel helped him at MCS.” – Elizabeth Bates 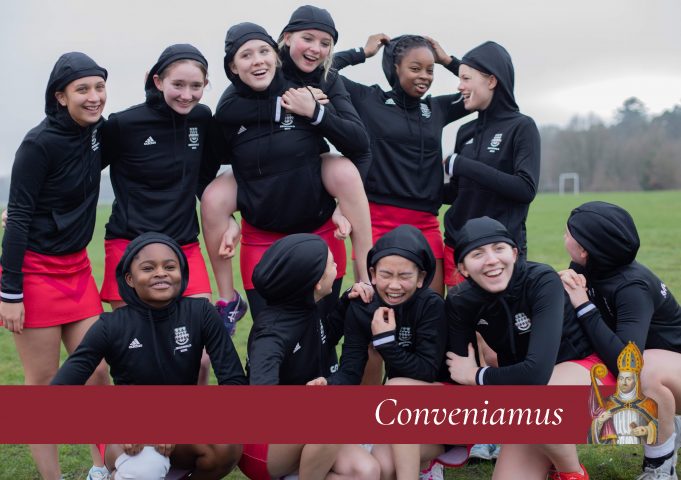 Back to all OW News