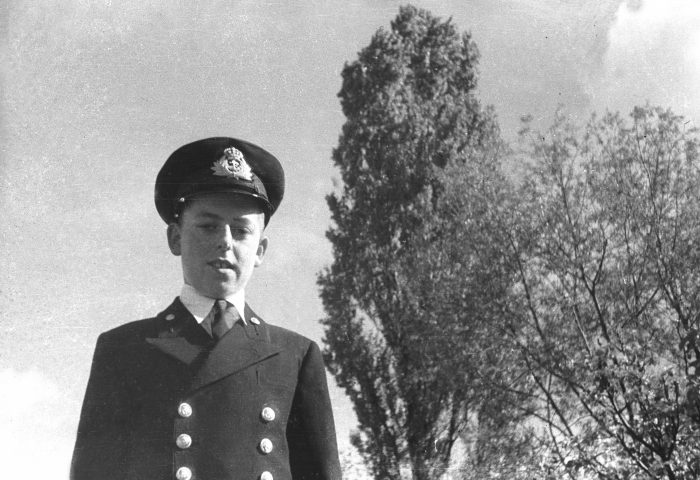 Bruce aged approximately 18 in a photograph from his album of 1943/4.

Beloved husband of Annette, he was an Emeritus Fellow and the longest standing Fellow of St Edmund’s College, Cambridge, which published these details:

In 1945, Bruce was admitted to Pembroke College to read the Natural Sciences Tripos. On graduation in 1948 he joined Martin Ryle’s fledgling Radio Astronomy Group at the Department of Physics. His practical skills in the design and construction of radio receivers, and the operation in the field of novel radio telescopes made an enormous contribution to the development of radio astronomy at Cambridge. He was truly a pioneer in this new kind of science, having worked on the first surveys of the radio sky, and the Cambridge high-resolution radio images of a supernova remnant and the powerful radio galaxy Cygnus A. These discoveries attracted worldwide attention.

When Bruce was elected a Fellow of St Edmund’s House in 1966 there were just seven Fellows and seven postgraduate students. There followed years of very hard work to get the House on a secure financial basis and increase student numbers. Bruce served as Senior Tutor from 1978 to 1989, working tirelessly to develop the College. He had a major role in the emergence of a united and welcoming community of academics and students. He served selflessly, loyally, and enthusiastically for six Masters of this College.

As a mark of respect, the College flag was flown at half mast for three days and again on the day of the funeral.

“It was a great pleasure to meet Bruce and Annette on a visit to their home in Cambridge. He talked so fondly of his time at MCS during the war years. He also told me of his early years working on the radio telescopes when he would jump on his bike in the middle of the night if some part needed fixing – but how he and Annette had decided not to recreate a middle of the night cycle for a BBC documentary film crew who wanted to set up in their home!

“Bruce also insisted on posting me a set of negatives of photos he had taken during his last year at MCS. They are a wonderful addition to our Archive, showing Physics in the 1928 building, his friend Roger reading while lying in a wheel barrow, and the school gardener digging for victory, as well as a photo of Bruce, probably aged 18. Bruce was very proud of his family and Annette’s great accomplishment at ballet. It was a pleasure to have met him.” 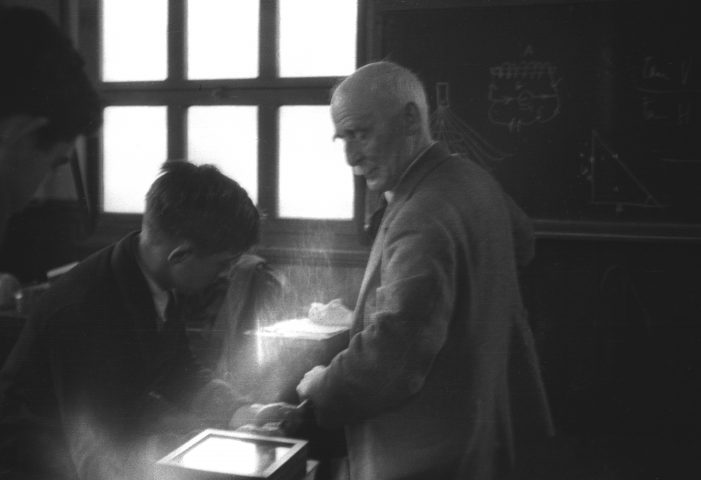 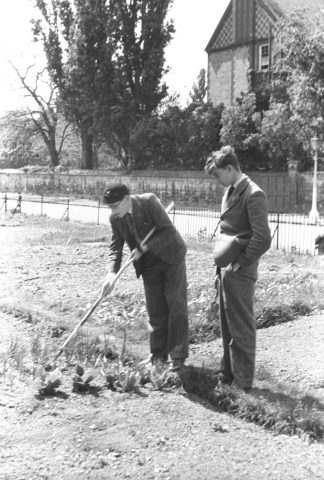 A student talks to the school gardener outside the 1928 Building; Dig for Victory! 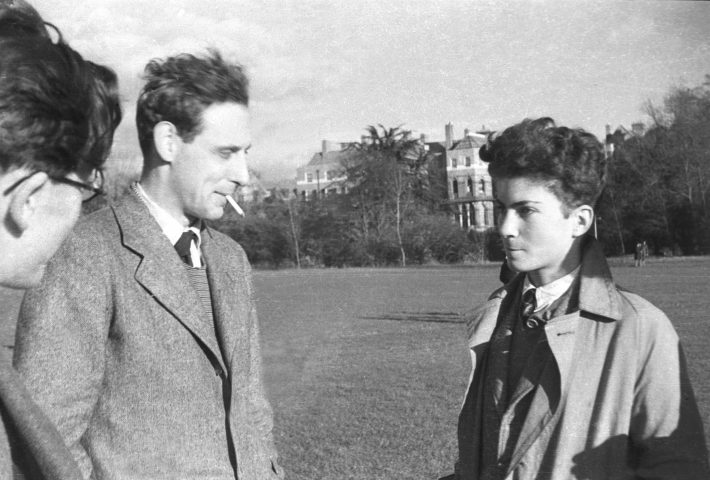 A boy talks to a master on School Field, with St. Hilda’s in the background. 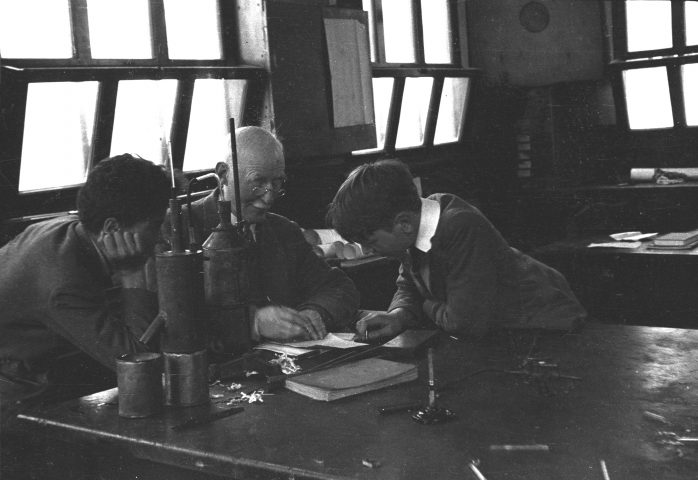 W. Fuller, Physics master, supervising to boys performing an experiment in the 1928 Building.

Twins Take Each Other on in Les Misérables