On Saturday 3rd July 2021, Yvonne Pye was added to the school’s Bidding Prayer which is part of the Commemoration of Benefactors Service each year. The Service was held at the University Church of St Mary the Virgin and the full list of benefactors starts with the founder of the school, William Waynflete. Only the second woman to be added to the prayer, it has been part of the Commemoration Service since it began in 1906. She is pictured here with the Master in 2017: 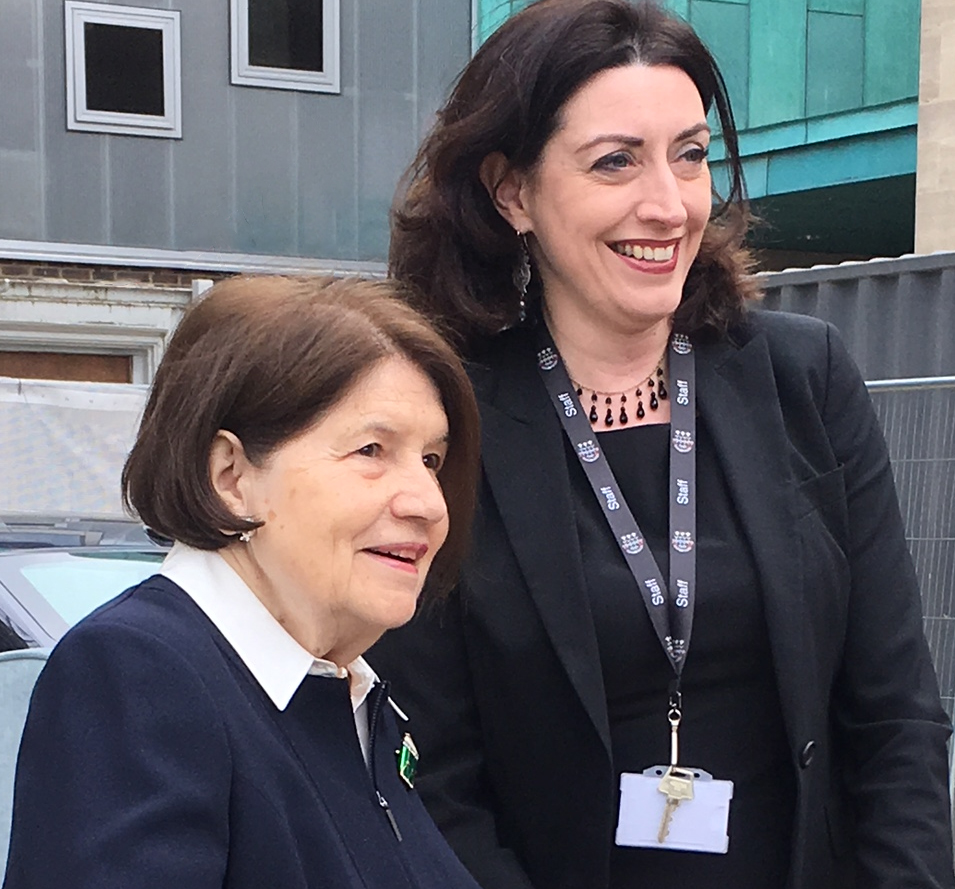 The sixth child of seven, Yvonne was born in a small town on the Madras Calcutta railway, 130 miles North of Madras. Her father, Mervyn Charles Roze, was a railwayman and her mother Ida came from Irish/French ancestors.

A contented family life came to an abrupt end with the death of her father when Yvonne was only six. When she was 17, her mother died of cancer, so she went to live with two older sisters, first in Madras and then Kuala Lumpur.  It was here that she started her first job with the trading company Harrison and Crossfield.

In 1960 Yvonne moved to Singapore and started working for Shell. The following year Yvonne took advantage of Shell’s sabbatical programme and had a year off to visit London. While working as a secretary for Charlie Forte in Albemarle Street, Yvonne met her future husband, Graham Pye (OW 1959).

Graham, who died in 2009, had attended Magdalen College School in the 1950s, and went on to become a Governor, supporting successive Masters to build the excellence of the School. Just as his parents had been, Graham and Yvonne were committed benefactors and the Sixth Form Common Room was named in their honour in 2018. Graham’s name was added to the Bidding Prayer in 2016.

Their longstanding marriage was the mainstay of their lives, and were much-beloved bons viveurs in Oxford. They made life fun for many, but they also worked hard to build up Pye homes, the sale of which to the Blenheim Estate Yvonne oversaw in 2019. 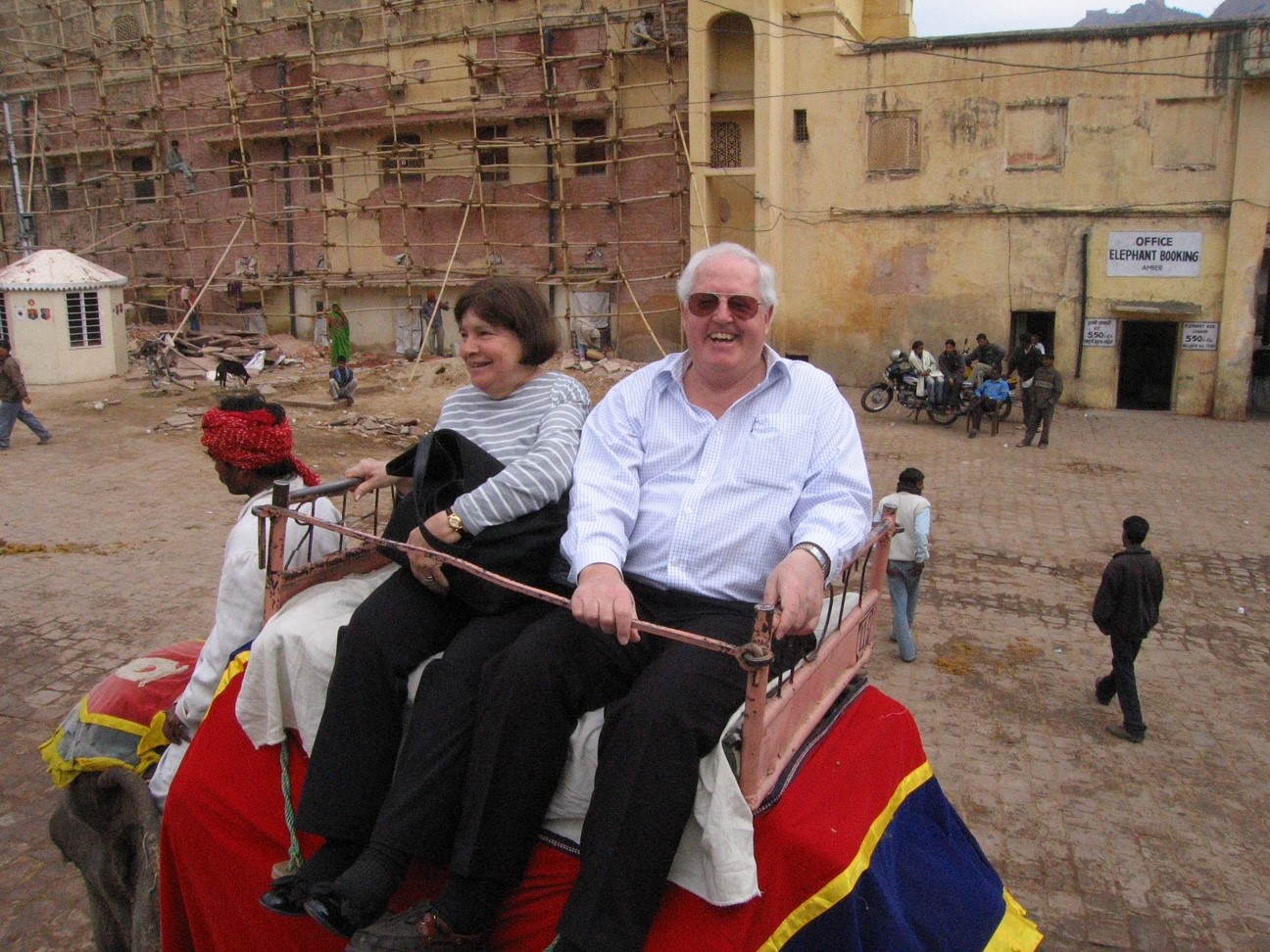 The Pyes were generous benefactors to an array of organisations across the county and a particular love was music.  Yvonne and Graham provided financial support to bring world class orchestras and well known musicians to give concerts in Oxford, which could be enjoyed by all. The Graham Pye Memorial Concert in 2018, which brought violinist Nicola Benedetti and conductor Marin Alsop to Oxford, was one of the finest concerts in Oxford in recent times. Yvonne became the Life President of Music at Oxford and also enjoyed music at MCS, whether it was appreciating the Sixth Form organists at the Carol Service, the orchestral or choral performances and even when two close harmony groups sang for her over lunch. She was most memorably moved by violinist Charlotte Strivens (OW 2016) accompanied by Ed Liebrecht (OW 2015) performed for her during one visit.

Yvonne worked alongside her husband Graham in all his projects. She was kind, generous and enjoyed the company of others, and had that admirable but rare virtue of being willing to share her friends with others, and to bring people together.

Yvonne’s death brings to an end a chapter in the history of Oxfordshire. Graham and Yvonne’s generosity and support will be remembered by many for years to come, and marked by the school each year at Commem with affection, admiration and gratitude.