The History Department, which has expanded significantly in recent years, consists of eight teachers and one Waynflete academic. Each History teacher at MCS has their own individual expertise and unique teaching style, yet the Department also places great importance on teamwork and collective input to produce the best resources and results.

We encourage pupils to create an awareness of the ‘otherness’ of the past, as well as helping towards an understanding of the present day world and how past events have influenced it. We seek to provide an acquaintance with the outlines of national history, its chronology and also a sense of Britain’s relationship with the wider world. We ask pupils to develop an understanding of the nature of historical evidence and how to use it, as well as showing how and why historical events have been interpreted differently. Above all, we present History as a subject to be enjoyed for its own sake and to develop skills required to encourage further study, be it into the Sixth form, at university or through independent learning.

"Man cannot create the current of events. He can only float and steer"

The Lower School syllabuses present an outline of mainly British history from 400-c.1700 by focusing on medieval history in Year 7 (400-c.1400) and early modern history in Year 8 (1460-c.1700). In each year, pupils undertake extended research that culminates in a longer piece of writing, with the Battle of Hastings and the Spanish Armada being the focal points.

In order to connect the Lower School and IGCSE courses, the Year 9 pupils take a course on the French Revolution, Napoleon and the long nineteenth century culminating in the Great War. The IGCSE course, also taken with CIE, is very coherent and at MCS contains a series of interconnected 20th-century topics. There is no overlap either with the Pre U or IGCSE syllabuses. Pupils focus in particular on international relations during the interwar period, the early Cold War, including case studies on the Korean War, the Cuban Missile Crisis and the Vietnam War, and a depth study on Germany (1918-1945).

History in the Sixth Form offers you the chance to explore further the central aspect of all History: human motivation. Asking why things happened (and what their effects were) is an essential and rewarding experience and requires skills of critical analysis, discrimination, argument and persuasion.

History can be taken in conjunction with a wide variety of subjects. Traditionally, it is chosen to complement the arts, languages and social sciences but also works well for scientists looking for a slightly different fourth subject. Beyond the Sixth Form, History affords good preparation for a range of degrees and careers such as law, journalism and the media, teaching, business, accountancy and banking.

Sixth Formers are encouraged to develop independent learning habits and to read around their courses. There is a weekly History Society on a Friday lunchtime where pupils, staff and visiting speakers give presentations and take questions, culminating in the MCS annual History Conference. Recent topics have included the decline of the Byzantine Empire, the life and afterlife of Mary Wollstonecraft and the British colonisation of South Africa. In the Hilary Term, a L6th Reading Group meets; members often enter Oxbridge college essay competitions.

Refer to the Sixth Form Curriculum guide for a more detailed breakdown of the A-Level history programme.

If you are thinking about studying History in the Sixth Form at MCS, you might want to start reading around the subject before you join. Our Study Preparation guides are a useful tool, detailing further reading around key topics. 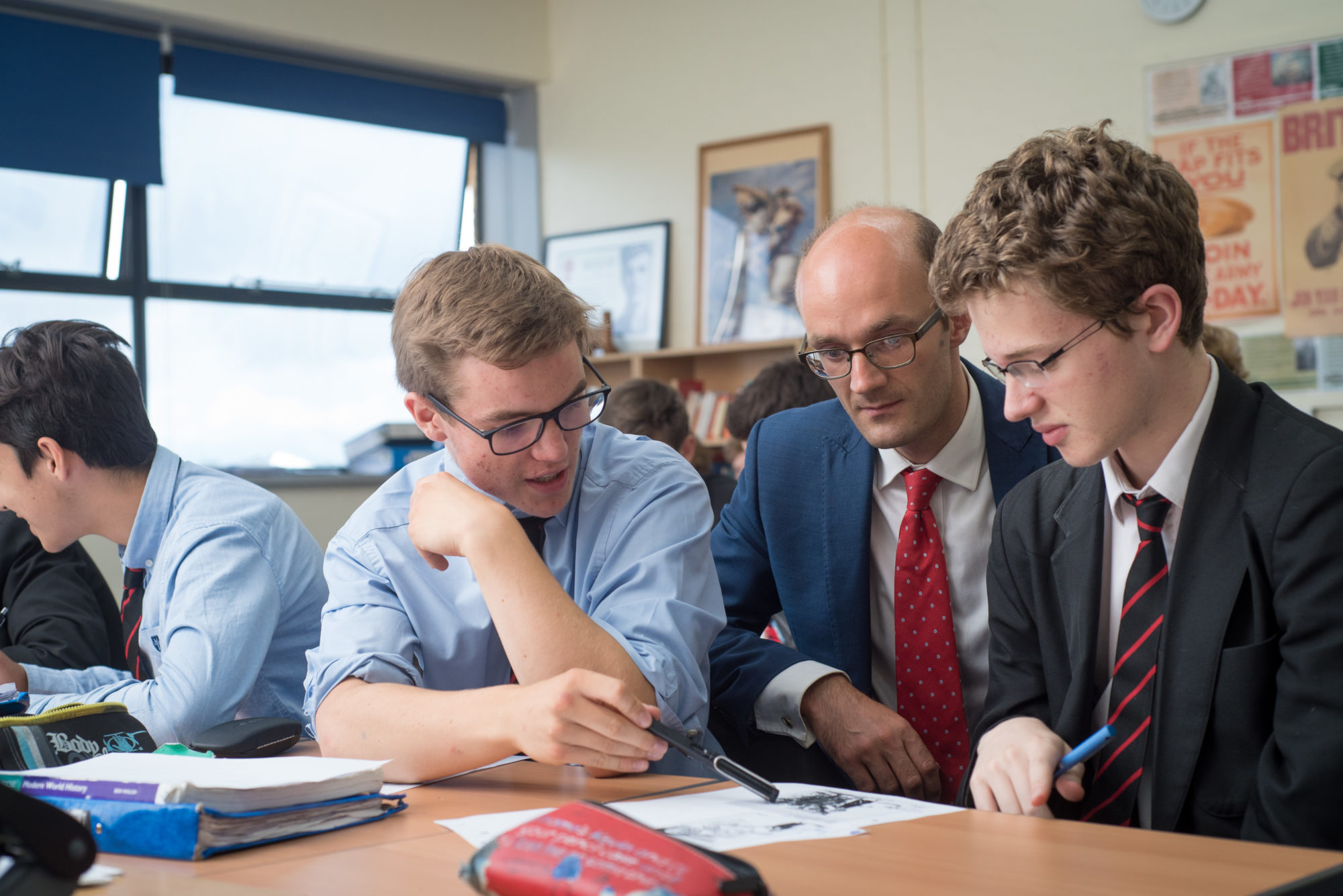 Where History could take you

On average, over 10 pupils go on to read History or Joint Honours at university each year, with half that number gaining places at Oxford or Cambridge. As a discipline, History can be taken as a joint Honours course with a large number of other academic disciplines, notably Modern Languages, Philosophy, Politics, Economics and even English. History is a highly regarded academic discipline, and the transferable skills provide an incredibly broad platform for future careers, ranging from the legal profession, advertising, banking, civil service, politics, teaching, management consultancy and even the film industry.