Nothing makes MCS prouder than hearing about Old Waynfletes making a difference. The school has been celebrating former pupils carrying out important roles during the COVID-19 crisis with the hashtag #ThankYouFromMCS on the school Instagram, Twitter and Facebook accounts.

Recent OWs to feature include:

William is an Orthopaedic Registrar at West Middlesex Hospital.

Matt, a former Head of School, is now British Ambassador to Bosnia and Herzegovina and is playing a vital role in coordinating the government response there. 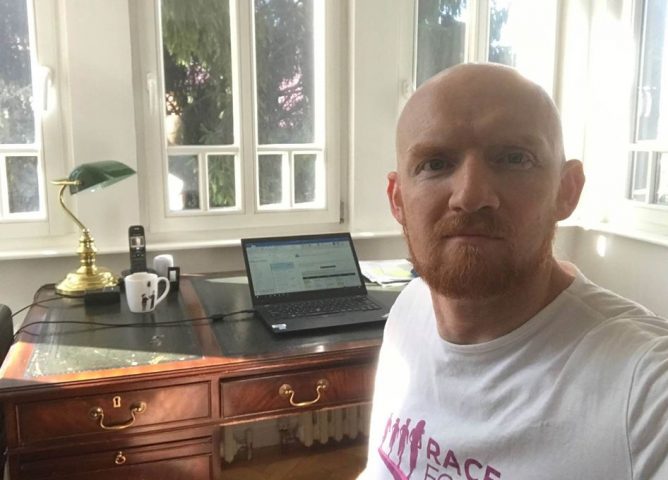 Russell is an Anaesthetic Technician at North Shore Hospital in Auckland, New Zealand. 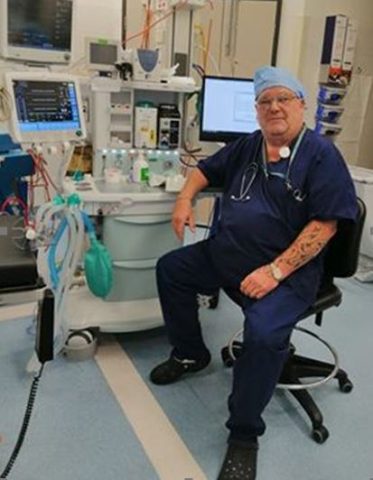 Alex is working on the COVID-19 team at Bristol Royal Infirmary. “I’ve graduated early and am now working in the Paediatric department in the John Radcliffe Hospital covering the junior doctor workload (as the juniors have been drafted to critical care). Here I am at my surreal graduation – at work, with my mortarboard, scrubs and bleep…” Here is Livvy Hitch (OW 2013), who is a FY1 Junior Doctor at Ninewalls Hospital in Dundee. And this is Joe Wilson (OW 2016), a fourth-year medical student currently volunteering at the John Radcliffe Hospital in Oxford. Tom Sullivan (OW 2011) trained in Medicine at Clare Cambridge and Imperial. He is now working at the Royal London Hospital as a clinical fellow in major trauma surgery, though currently redeployed onto the Intensive Care unit as part of the hospital’s response to COVID-19. Adam Sullivan (OW 2009) read Natural Sciences at Queens’ Cambridge and then trained as a medic. Adam is currently working on a medical COVID-19 ward at Whipps Cross Hospital alongside studying for a Masters in Public Health and Epidemiology at London School of Hygiene and Tropical Medicine. “Due to the outbreak of COVID-19, my brother (John Black, OW 2018) and I’s (Emily Black, OW 2015) clinical studies have both been suspended. I am going into my final year of Dental School at Bristol, and John is just finishing his second year studying Medicine at Leeds. Now we are living back at home, we both made a d