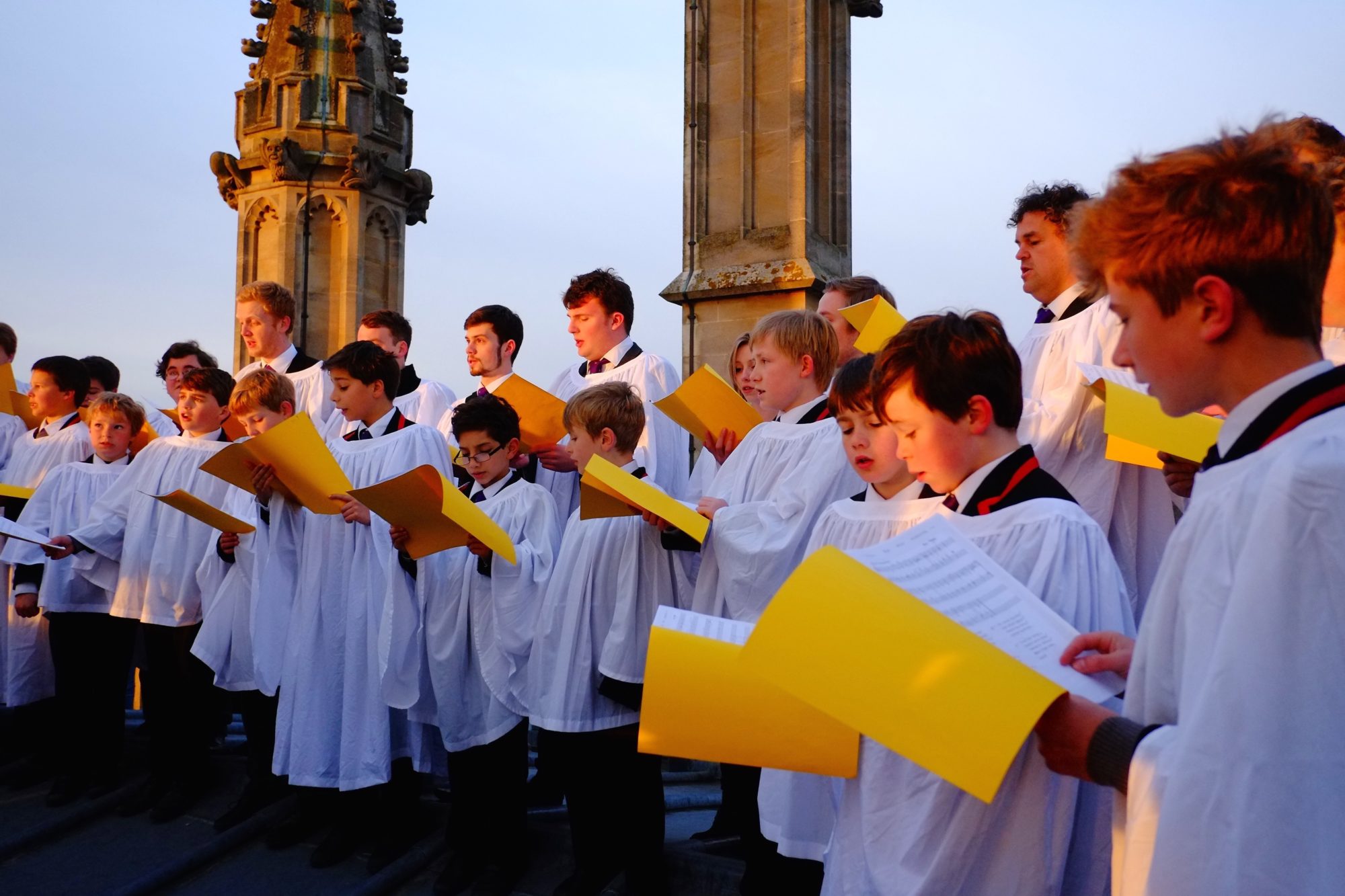 The Choir of Magdalen College boasts a rich and ancient heritage, and is internationally recognised as one of the world’s finest ensembles.

Magdalen College School has educated the sixteen young boys of Magdalen College Choir for more than five centuries: at the College’s foundation in 1480, provision was made in the statutes that the choir should be made up of 16 boys (to be educated at MCS), eight Academical Clerks (undergraduates) and four chaplains. This historic legacy has been maintained ever since.

The Choir exists primarily to sing the daily church services in Magdalen College Chapel, but the boys enjoy a range of fantastic performance opportunities, including the unique chance to sing in the famous May Day celebrations from Magdalen’s Great Tower. They also undertake recordings, broadcasts, concerts and international tours. In return for the choristers’ commitment to the life of the Chapel, the College makes a generous contribution towards school fees.

The Choir has toured Japan, USA, Hungary, Italy, Belgium, Holland, Germany, France and Poland in recent years; concert appearances have included the BBC Proms and Cadogan Hall. They have worked with leading orchestras including the Britten Sinfonia, the Orchestra of the Age of Enlightenment and the Academy of St Martin in the Fields. They won a Grammy under former director Grayston Ives, and have collaborated with film composer George Fenton, most notably in Richard Attenborough’s movie, Shadowlands, with Sir Paul McCartney, and on the award-winning soundtrack for the BBC TV series, Blue Planet.

The Informator Choristarum, Mark Williams, is happy to hear potential applicants aged 6-8 at any time, and to offer feedback before formal auditions.