In the Classics Department we have the privilege of teaching and handing on a subject that is unique, and to which our culture is deeply indebted. Latin and Greek open the door to linguistic understanding, to a fascinating world of story, myth and legend, to the origins of drama, European (and non-European) literature, philosophy, and architecture, and to the history of two great civilisations. Latin and Greek, however, are also a means to an end. Very important in our teaching (and an important part of our raison d’être) are the links between these classical languages and the “modern” Romance languages – French, Spanish and Italian. We strive to point these out, at the same time emphasising that 65% of English vocabulary is derived from Graeco-Latin roots.

"Virtue…is a mean between two vices, one of excess and one of deficiency" 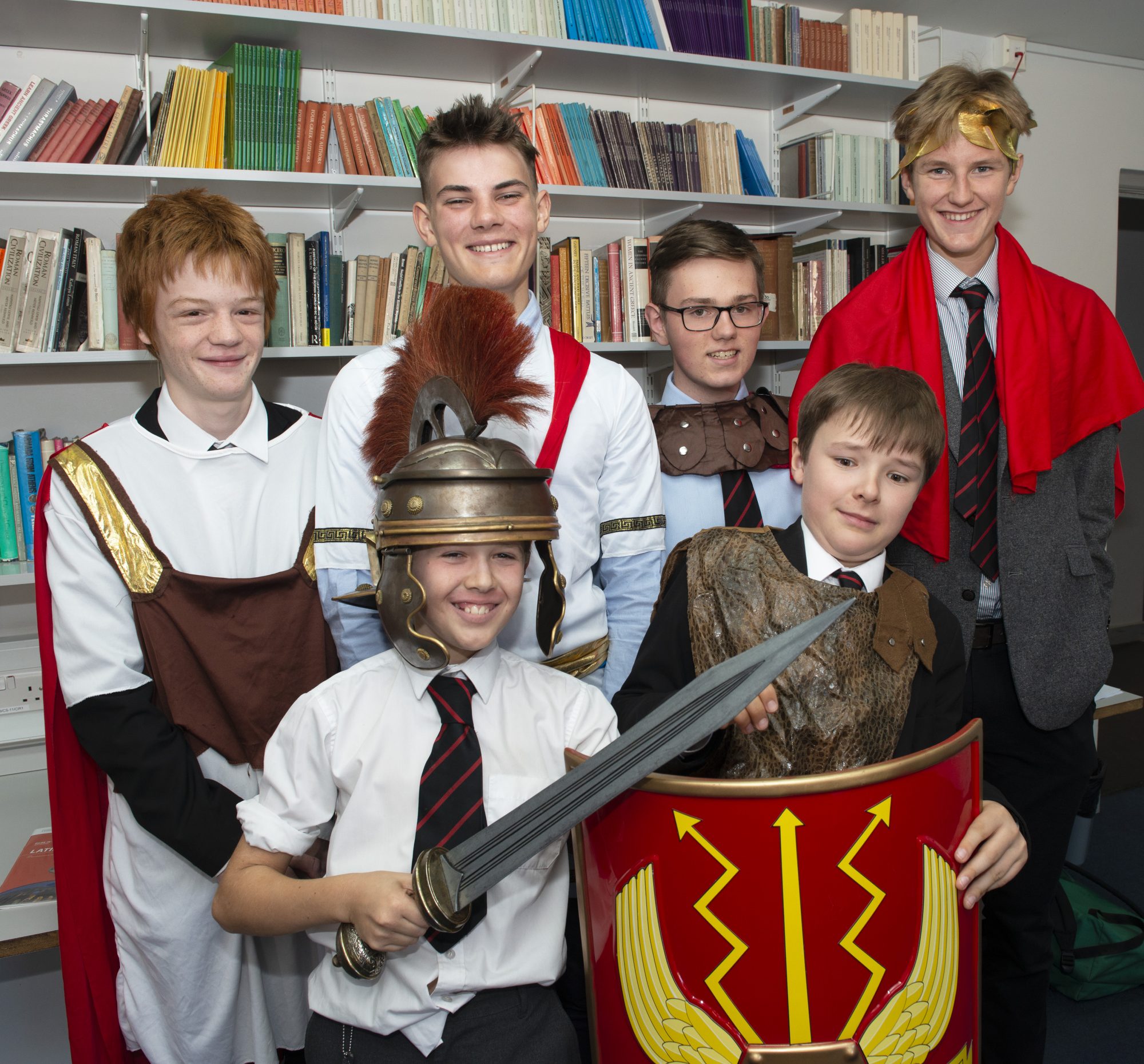 Latin and Greek are not something to be hidden away as dead languages – on the contrary they are the very life of the minds that know them. We passionately believe that they are worthy of study in their own right, and that the pupils who study them should have a chance to be fascinated and challenged by them, and potentially develop their own passion for the subjects we hold so close to our own hearts as teachers.

Latin and Greek are the enemies of sloppy, careless thought and language, and demand precision and accuracy. The classical languages, therefore, are not only gateways to the ancient world but have an important role to play in the educational and intellectual development of the individual. What a privilege it is to teach a subject one loves in a school where staff and students work so beautifully together. The formal courses we provide are just the starting points in the classical education on offer – the wide ancient world is open for discovery at MCS.

The 2nd and 3rd Forms see the Latin course at MCS start up in earnest. We teach ab initio Latin from the beginning of the 2nd Form and expect no prior knowledge of the language and use the Oxford Latin Course (Books 1 and 2) to aid us in this pursuit. The course is exciting and rigorous and dips into the many intricacies of the ancient tongue from an early stage. Teaching is vigorous and aims at challenging boys to look beyond themselves to become independent linguists; there’s nothing quite like Latin to engage boys in intellectual endeavour!

The wider world of the ancient Romans and Greeks is also delved into through investigation into various aspects of ancient society and the myths of these two great peoples, and especially into the grand epics: Homer’s Odyssey and Virgil’s Aeneid.

There is an introduction to Greek included at the end of the Trinity Term of the 2nd Form and this is picked up and developed in a couple of taster sessions in the 3rd Form, in order to allow boys to make informed choices when it comes to the options that are available in the L4th.

"Of all the things which wisdom provides to make us entirely happy, much the greatest is the possession of friendship" 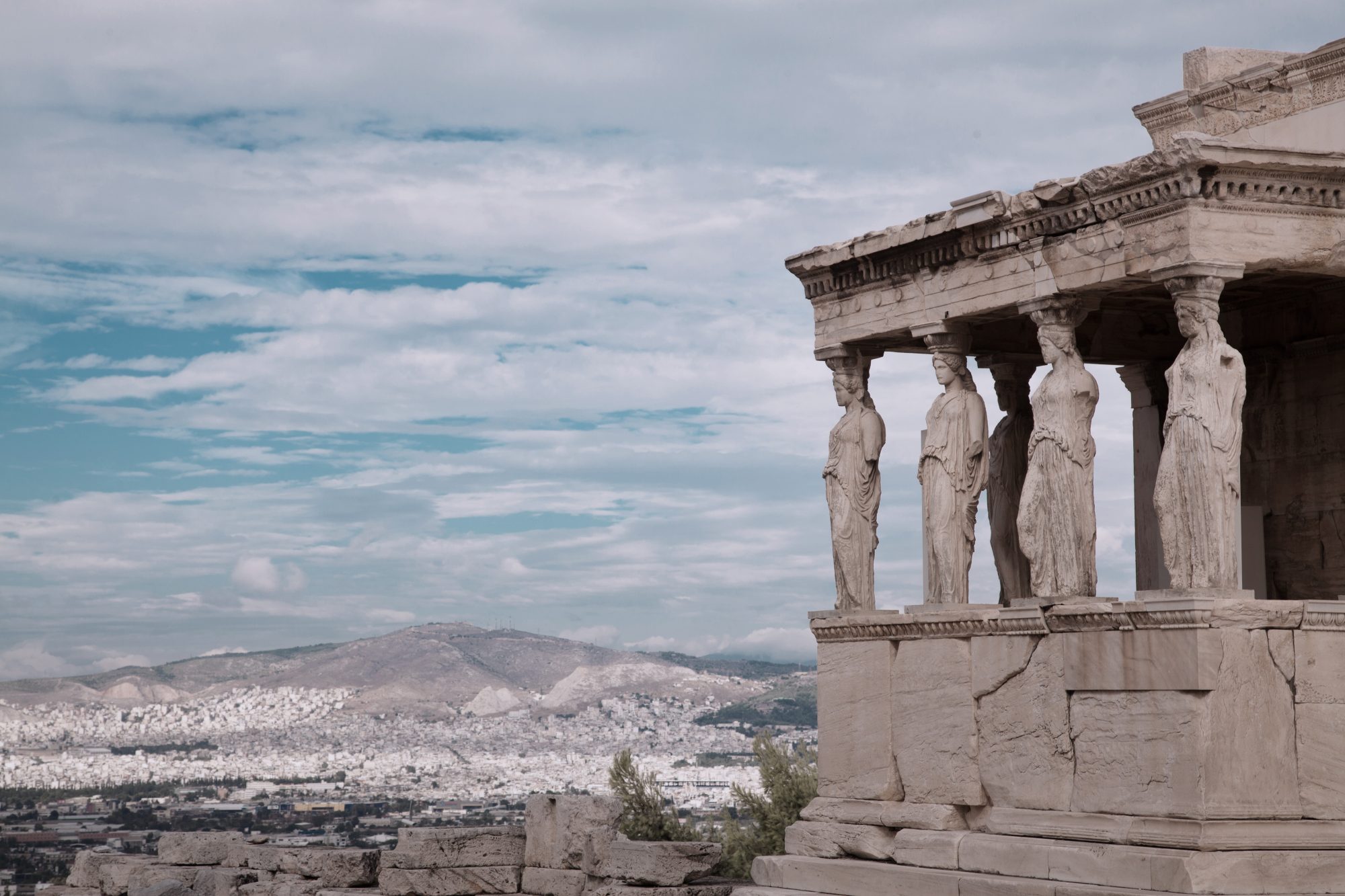 In the L4th, boys who opt for Latin follow a course that develops boys’ understanding of the intricacies of the subject and introduces them to a more beautiful and varied language. We continue to follow the Oxford Latin Course to the end of Book 2 but then delve into pastures new via an internally-written course that aims to introduce boys both to ideas of the passive and subjunctive but also to some of their first insights into what learning Latin is all about: the reading in the original of some of the most enchanting and influential literature ever written. Throughout all this, an MCS extension booklet is provided to develop boys’ appreciation of the language beyond the syllabus.

Classical Greek can also be chosen as an ab initio option in the L4th. The language is a fascinating and challenging addition or alternative to Latin – different but similar, it provides further puzzles for those who are looking to take their ancient languages on to the next stage and allows those who want to break away from their Roman routes with a chance to investigate the origins of western literature, democracy, philosophy, etc. Afterall, without Greece, there’s no Rome…

There are both linguistic and literary aspects to the Latin and Greek GCSEs. Boys will take the OCR qualification in the subject of their choosing and will study a prose and verse text in the original. By the end of the GCSE they will have covered a good chunk of authentic Latin/Greek – from the epic poems of Homer and Virgil to the dramatic histories told by Tacitus and Herodotus to the inimitable and vibrant speeches of Cicero. They will round their skills in the language so much so that they will be in a position at the end of the course where they will be able to embark on an A Level course (if they so choose) with huge confidence. This confidence comes from a deep understanding of how the minutiae of the languages work – because of our work earlier in the 2nd to L4th Forms there is time in the U4th and 5th Forms to investigate their structures and complexities in detail and to revise and consolidate where necessary.

Pupils may choose to study (OCR) Latin and/or Greek in the Sixth Form, courses that, like the GCSE ones, have both linguistic and literary elements. Language skills are developed with the aim that, by the end of the two-year course, students will be able to approach both unseen prose and verse literature with confidence. Two prose and two verse authors are studied on the literature side of things and analysis of these texts is deep and fulfilling. There is always a range of texts available: tragedy, history, oratory, lyric/elegiac/epic poetry, philosophy all play their part in different areas of the courses. A study of Latin and Greek at A Level provides a student not just with a superb grasp of how the ancient languages function and the way ancient peoples viewed the world but also goes a long way to investigate our own origins as a thinking people living within a democracy.

Refer to the Sixth Form Curriculum guide for a more detailed breakdown of the A-Level Latin and Greek programme.

If you are thinking about studying Latin and Greek in the Sixth Form at MCS, you might want to start reading around the subject before you join. Our Study Preparation guides are a useful tool, detailing further reading around key topics. 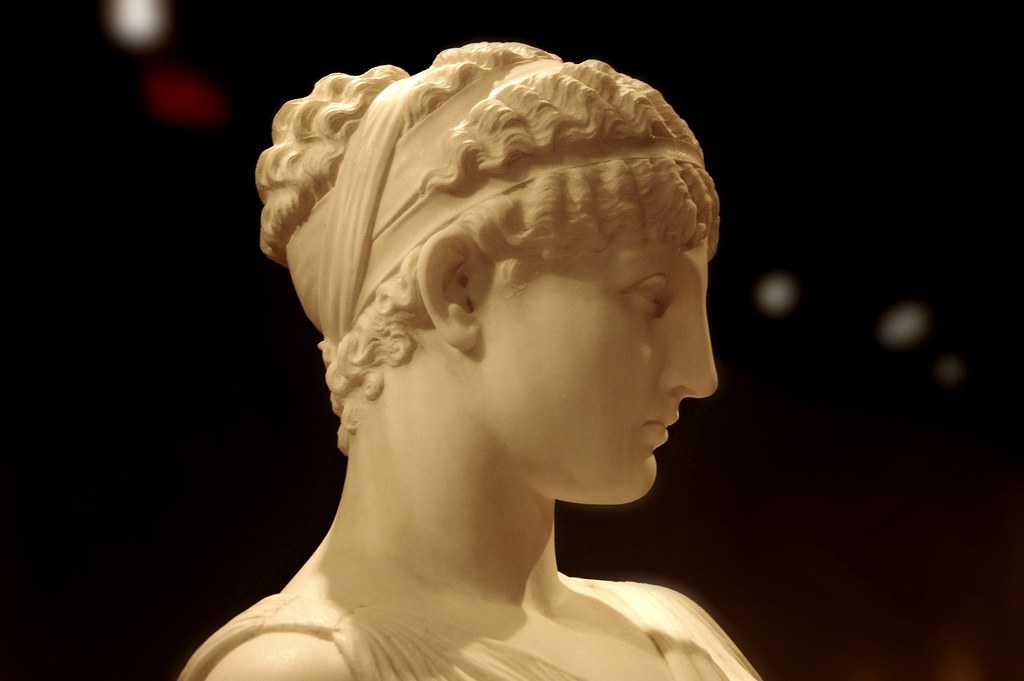 The Classics Department puts on a significant number of co-curricular activities. From the Ancient History Club run for the 3rd Form to the Symposium (a Sixth Form seminar and reading group), from language support sessions across school year groups to the Latin Prose and Verse Composition Club there is a broad range of activities designed to be accessible to a large number of students. We have a number of speakers (mainly from Oxford University) who give talks to interested classicists throughout the year and encourage students to enter essay competitions and attend summer courses where they want to investigate their interest in the subject. We enter the Oxfordshire Classical Reading Competition each year and have an enviable record in preparing some successful and entertaining speakers.

We try to run a trip abroad each year and have recently been to Italy (Bay of Naples), Greece, and Sicily.

Where Classics could take you

Pupils of all types leave MCS each year to study a range of classically related subjects at university: Classics, Ancient History, Ancient and Modern History, and Archaeology. Those who take Latin and Greek at A Level also go on to read almost any other subject under the sun: Medicine, Physics, Philosophy, Modern Languages, Economics, etc. The classical languages are superb conduits for the development of rigorous thinking and the application of detailed rules and use of data. Latin and Greek are not just for the few.