There has never been a more exciting and critical time to learn French at a time where we need to reach out to our closest European partners on the continent. More than 800 million people speak French across the globe, and the objective in the French department at all levels is to create confident French speakers who can thrive in authentic contexts beyond the classroom.

Indeed, many pupils who continue with French beyond school do so for a number of reasons. They recognise that French is a language for the international job market, and want to enhance their career prospects in key sectors such as commerce, engineering, law or banking.

Other pupils see French as integral to their future careers in diplomacy and international relations, given its status as the official language of leading European institutions. For others, it is France’s rich cultural heritage that particularly appeals to them, with its world-renowned music, art and literature, not to mention the nation’s famed philosophical tradition.

Comment voulez-vous gouverner un pays où il existe 258 variétés de fromage ? - How can anyone govern a nation where there are 258 varieties of cheese ?

The French department is a diverse department that aims to foster an international outlook and to engage meaningfully with the target language and culture. We encourage pupils to embrace the process of language learning, with solid grammatical foundations just as central to our approach as an immersive, communicative style of learning. Lessons are engaging and fun, stretching yet supportive, and provide pupils with the skills required to succeed at all levels.

Boys in 2nd and 3rd Form follow an introductory course in French over the course of three lessons per week. As well as learning how to use basic expressions and to communicate in everyday situations, the emphasis is on rapid acquisition of vocabulary using Quizlet, alongside a solid grounding in French grammar. Pupils have the opportunity to hone their acting skills through the use of bespoke playlets drawing on the topic material covered. Creative writing is encouraged just as actively, with script writing, description of pictures or photographs, and short stories a regular task for written homework. Many of these written assignments qualify for inclusion in the annual MFL department magazine.

Pupils who choose to learn French in the Middle School embark on an exciting course with an emphasis on real-life communication and grammatical accuracy. Over three years, they will learn how to talk confidently about their everyday experiences and to navigate the modern world of public transport, travel and tourism, and social issues. All four skills (listening, reading, writing and speaking) are given equal emphasis in our teaching though we aim to go well beyond the course content for iGCSE. From L4th-5th Form, pupils will explore French culture through bandes dessinées, short stories such as Petit Nicolas and write film reviews on cult classics such as Bienvenue chez les Cht’is and Intouchables. Pupils also spend time on a research project in 5th Form exploring an area of French culture that particularly interests them. Pupils who take French to iGCSE sit the Edexcel iGCSE 9-1 course. 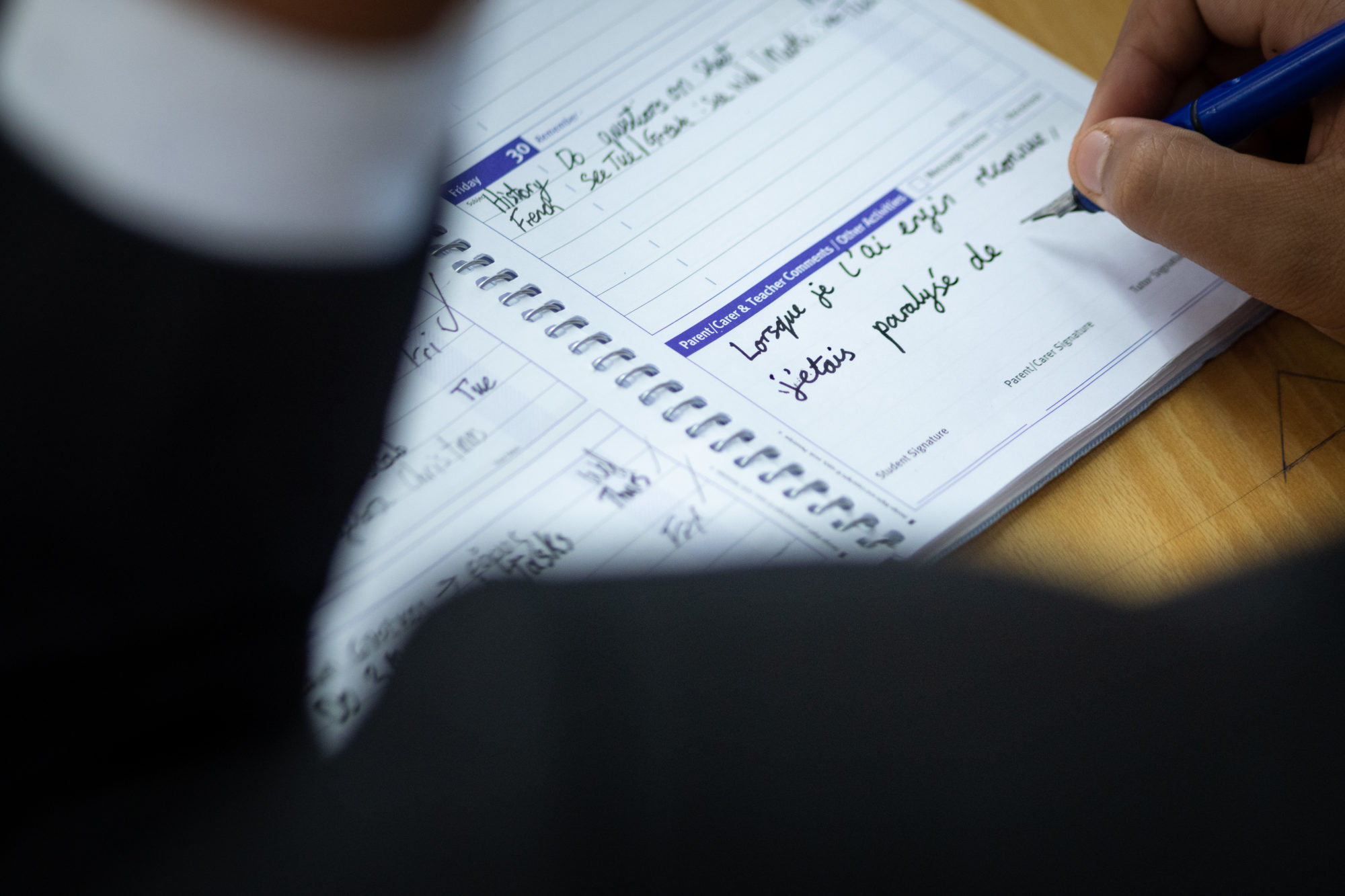 Pupils who sign up for French Pre-U in Lower Sixth from MCS or other schools do so in order to build on the foundations laid at GCSE and to delve deeper into global issues through the target language. An average week might include an exploration of laicité in France, and the controversial ban of the burka, or a debate on Macron’s controversial reforms to the French university system, or even the impact of Mariage Pour Tous (marriage equality) in France since 2013.

The exciting nature of the French Pre-U course is such that the topics covered are constantly evolving in real time, and so authentic texts, news reports, and podcasts are indispensable tools for cultural engagement. Pupils keep a portfolio of articles selected from their own reading to draw upon in conversation classes and discursive essays. What pupils often enjoy most are the films and texts studied, both as part of the course, as well as in the salon littéraire with our Waynflete intern. The department creates opportunities for L6th pupils to take a lead with French events via our ambassador programme.

Refer to the Sixth Form Curriculum guide for a more detailed breakdown of the French Pre-U programme.

If you are thinking about studying French in the Sixth Form at MCS, you might want to start reading around the subject before you join. Our Study Preparation guides are a useful tool, detailing further reading around key topics. 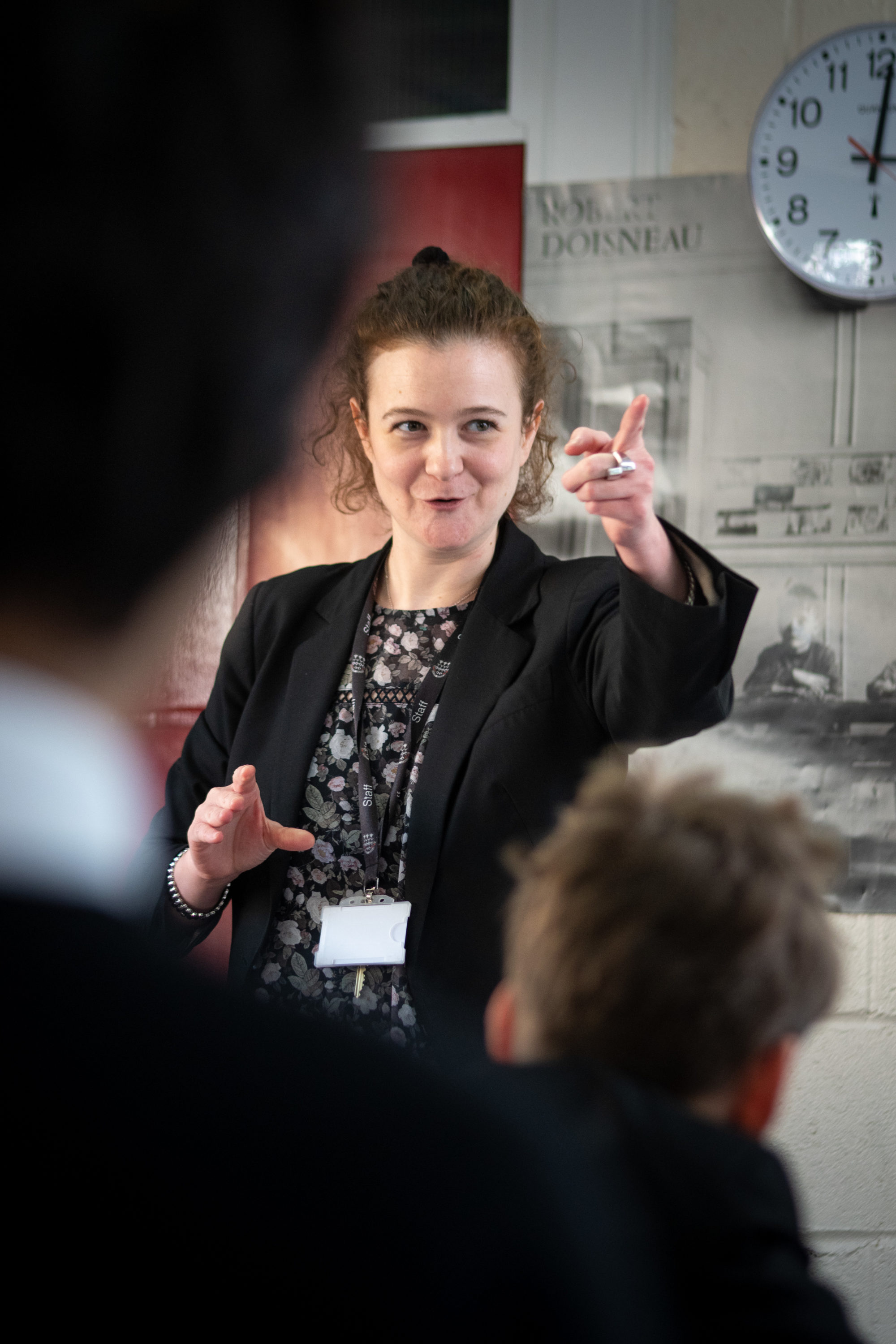 The French Department at MCS offers a rich and varied extra-curricular programme.

Where French could take you

French is highly valued by leading universities and employers around the world. Many pupils leave MCS to go on to read French at Oxbridge or Russell group universities, either in combination with another language or another discipline. One of the main advantages of pursuing a modern language at undergraduate level is the opportunity to live abroad doing an internship with a company, working as a teacher, or attending a foreign university.

Many OWs with a degree in French go on to work in a diverse range of sectors such as marketing, International Relations, research, law or engineering. We rely on the experience of these OWs to encourage would-be linguists to consider languages at degree level for the doors it has opened for them personally.