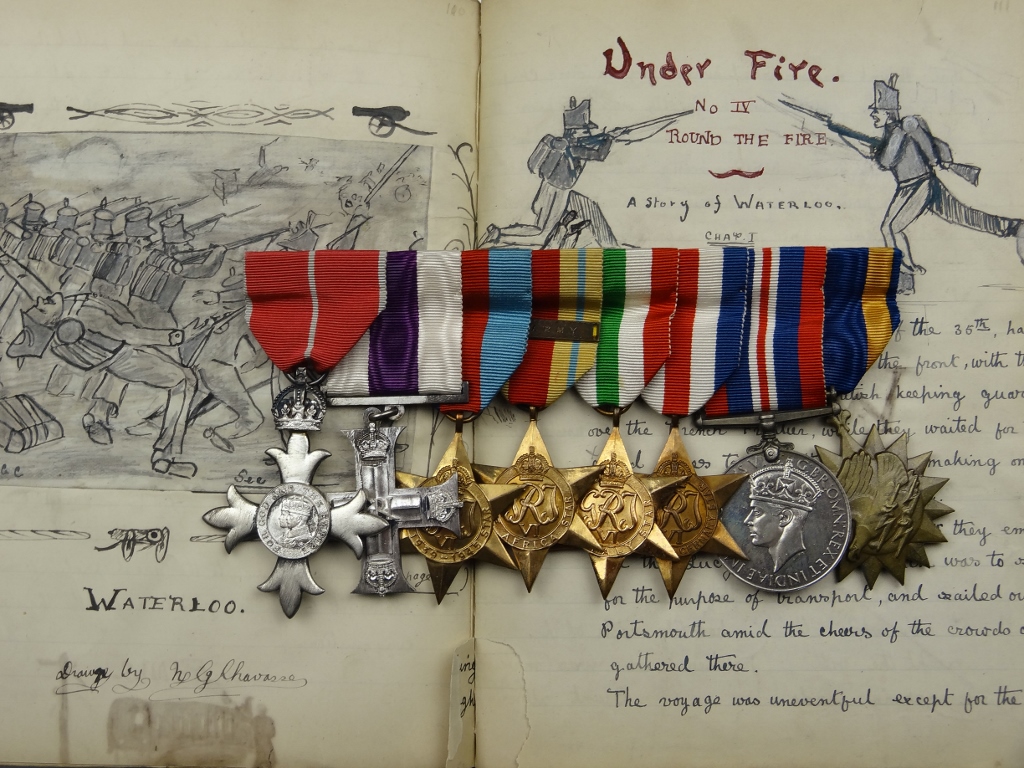 Noel Godfrey Chavasse is the most highly decorated British officer of the First World War, and one of only three men to be awarded the Victoria Cross twice. He and his brother Christopher were pupils at MCS between 1896 and 1900, before the family moved to Liverpool.

The 209 page ‘scrapbook’ was created over the winter of 1900-1901 and is called ‘Snow Flakes’. It takes the form of a hand written magazine, written by Christopher and illustrated with sketches and watercolours by Noel, depicting scenes from their lives in Oxford including the annual May Morning celebrations, scenes from Port Meadow and a poem called ‘My Heart is in Oxford’. 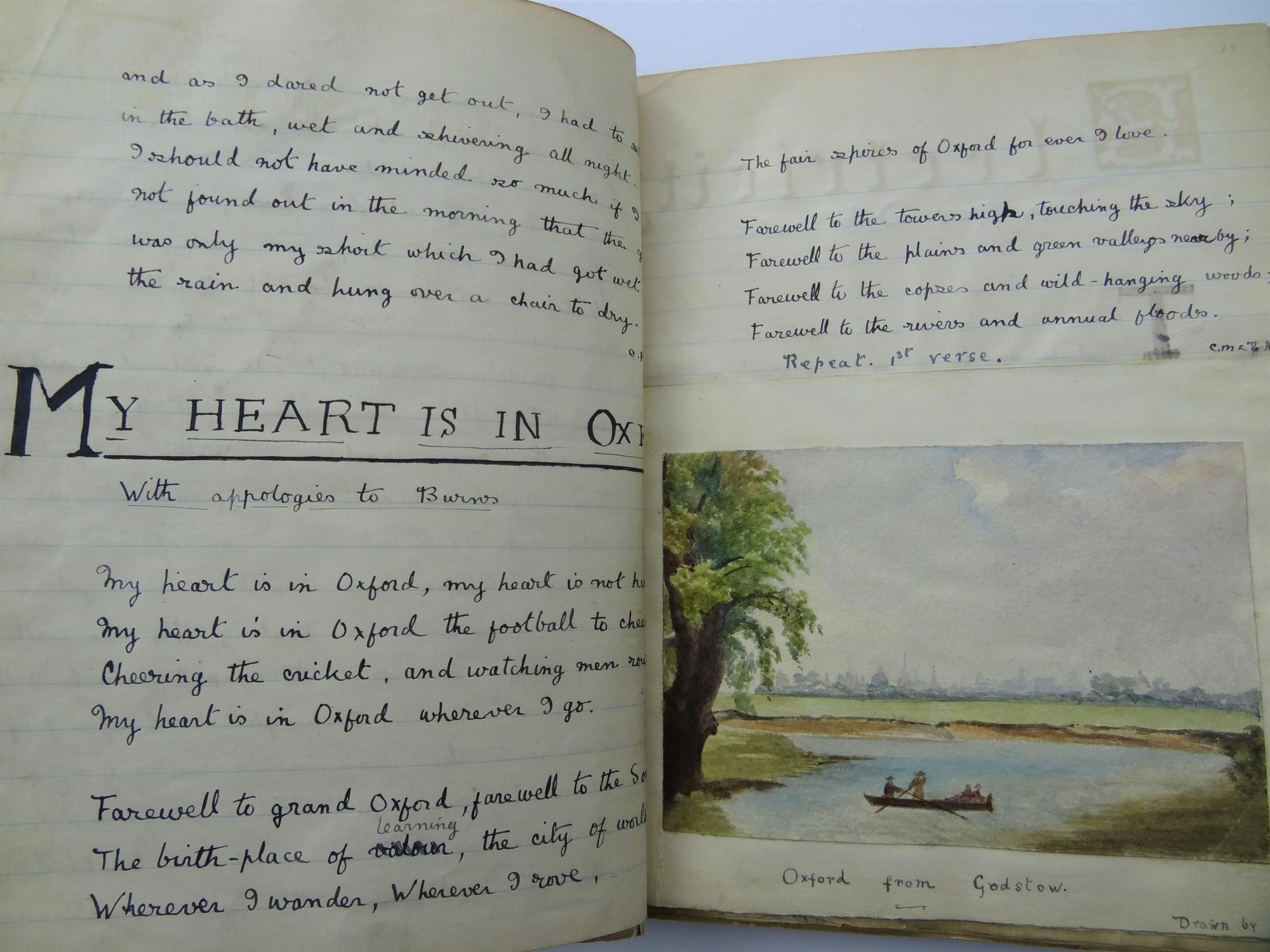 Camilla Kinton (nee Chavasse), granddaughter of Christopher Chavasse, was delighted to hear of the scrapbook and medals returning to Oxford and said:

“The Chavasse family are absolutely delighted that the scrapbook has gone to Magdalen College School.  Christopher and Noel were extremely happy there, cycling to school each day from Wycliffe Hall and particularly enjoying athletics.  The family moved to Liverpool in 1900 when their father was made Bishop, and the twins begged him to be allowed to stay on as boarders; their request was refused.  It seems entirely appropriate that the scrapbook will be looked after in a place where they enjoyed life so much”.

"The Chavasse family are absolutely delighted that the scrapbook has gone to Magdalen College School. Christopher and Noel were extremely happy there... It seems entirely appropriate that the scrapbook will be looked after in a place where they enjoyed life so much." 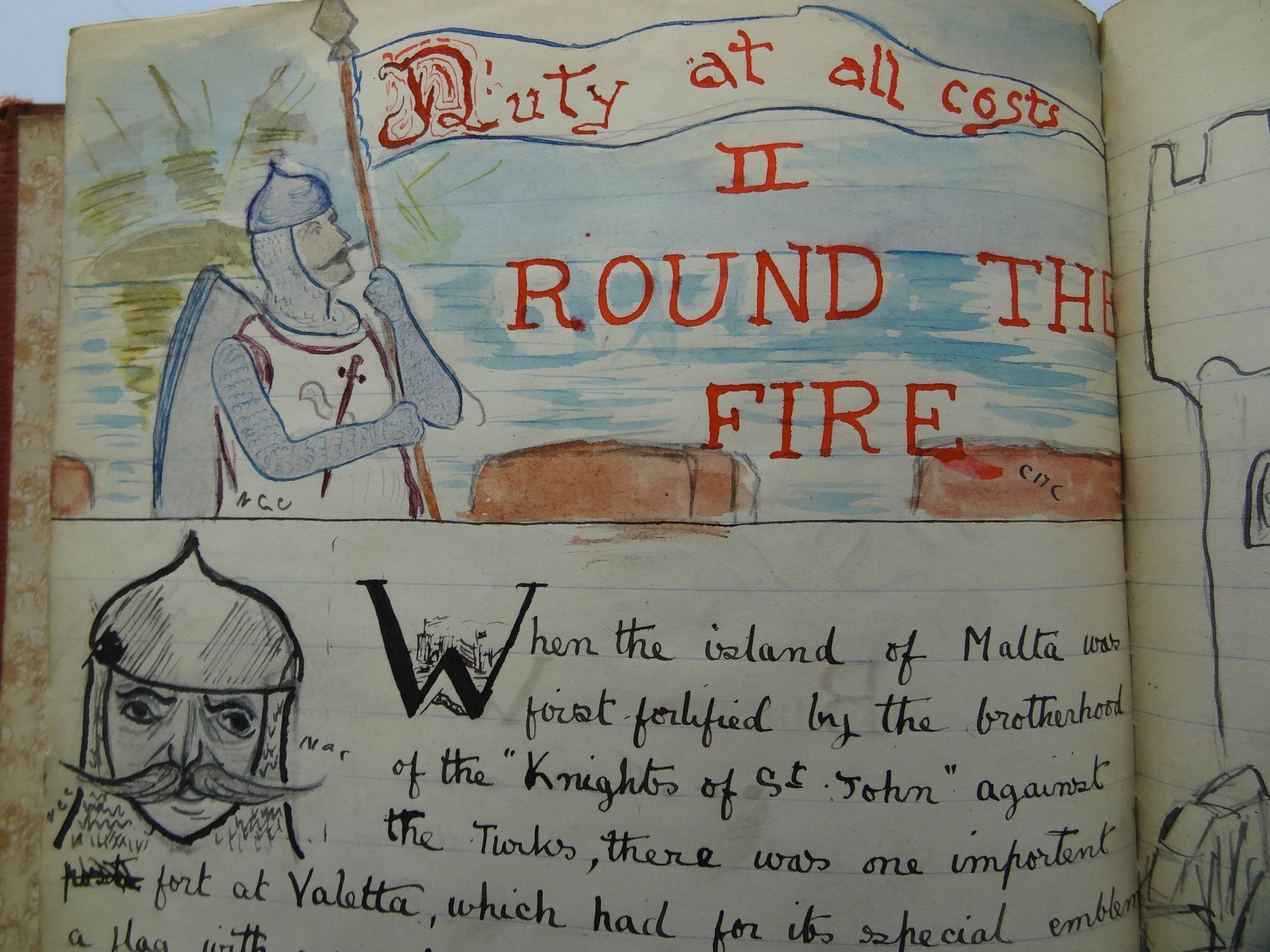 The MCS Archive was recently announced as the first school archive in the UK to achieve Accredited Archive Status. The items will go on display alongside an already extensive collection of personal effects belonging to the brothers, including Noel Chavasse’s Field Cap and Death Penny. A commemorative paving stone dedicated to Noel Chavasse is situated outside the school gates. Once added to the archive, the scrapbook will be digitised and available to view online.

The Master said of the acquisition:

"The ‘Snow Flakes’ scrapbook looks back on the Chavasse twins’ time at Magdalen College School, so I could not be more delighted that it is now returning to Oxford to be treasured by us. That the school has recently achieved accredited archive status makes MCS an even more worthy home for this wonderful project.”

In light of the school’s closure due the Coronavirus pandemic, the MCS Archive recently announced the founding of a new collection of pupil, parent, staff and alumni reactions to the crisis. Called The Pandemic Papers MCS hopes to collate the school community’s reactions to the pandemic, encouraging pupils to create ‘scrapbooks’ of their own 120 years after ‘Snow Flakes’ was created by Noel and Christopher Chavasse in 1900. 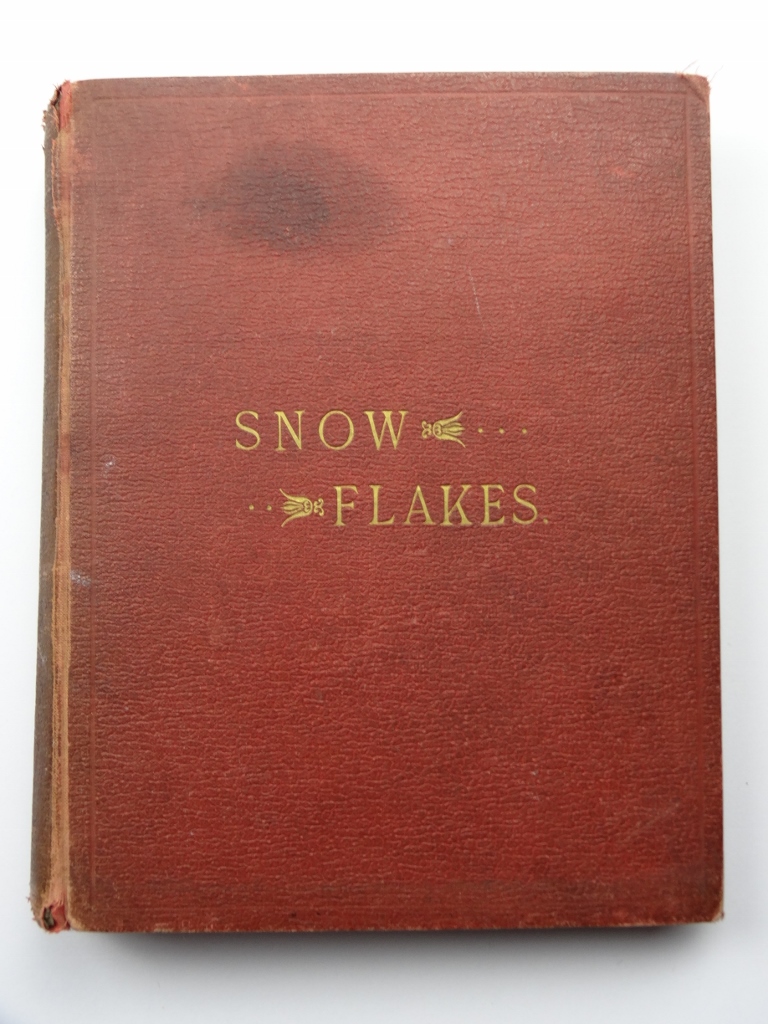