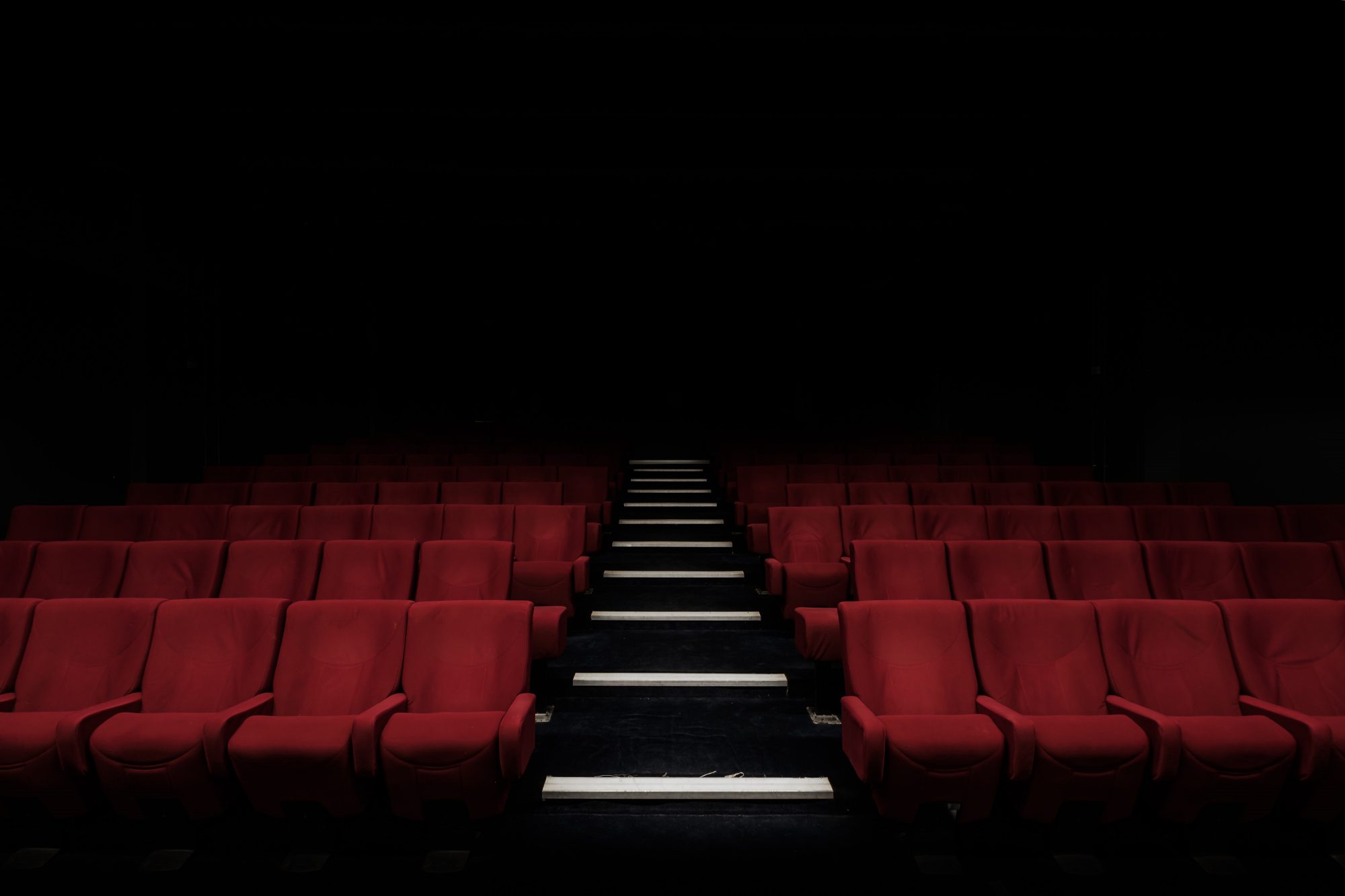 In partnership with Oxford Festival of the Arts, MCS is delighted to present a free virtual panel event exploring the resilience of the creative sector in the UK and abroad on 11 March, 1-2 pm.

OWs Jim Hawker (1992) and John Caird (1966) have assembled a multifarious panel of creatives at the forefront of various industries. Together, they will tackle the issues that the sector has faced since the pandemic, including:

Register your interest in this event above, and meet our talented panel below. Joining details will be sent in due course to those who sign up.

How Resilient Is the Creative Industry?

His National Theatre productions include Hamlet, Money, Humbleboy, The Seagull, Stanley, Trelawney of the Wells, Peter Pan and his own Olivier award-winning version of Bernstein’s Candide, playing in multiple productions worldwide.

His recent directorial credits include his new musical Knights’ Tale and Hamlet both in Tokyo, Don Giovanni at WNO in Cardiff, McQueen at the Haymarket Theatre, Tosca in Chicago, Houston and LA, Love’s Labour’s Lost at the Stratford Festival in Canada, La Bohème in San Francisco, Houston and Toronto, Parsifal in Chicago, Twelfth Night in Tokyo, and his own musical Daddy Long Legs off-Broadway, in Tokyo and all across the US.

John’s directorial work for the RSC has included over 20 productions of Shakespeare as well as classic and new plays. In paricular, Nicholas Nickleby and Les Misérables, co-directed with Trevor Nunn, won awards in the West End, Broadway and around the world.

At Dramaten in Stockholm he has directed Romeo and Juliet, Midsummer Night’s Dream, Dance of Death, The Tempest, 12th Night, Gertrud and Merry Wives of Windsor.  Other productions include Macbeth at the Almeida Theatre, Becket at the Haymarket and Song & Dance at the Palace Theatre.  For BBC TV he adapted and directed Henry IV Parts I and II.

John wrote and directed the Siegfried and Roy Spectacular in Las Vegas, wrote the libretti for André Previn’s opera Brief Encounter, and for Tarik O’Regan’s opera The Phoenix, both premiering at Houston Grand Opera. He also wrote and directed Children of Eden with music by Stephen Schwartz, Hard Times, with music by John Cameron and lyrics by Ranjit Bolt, and Jane Eyre, Daddy Long Legs and Knights’ Tale, all with music by Paul Gordon.

In 2020, John has directed remotely via Zoom: a concert version of his musical Knights’ Tale and a revival of Daddy Long Legs, both in Tokyo. Also a new musical Estella Scrooge, a Christmas Carol with a Twist, co-written with Paul Gordon and Sam Caird, and filmed in a green screen studio in New York.

Theatre Craft, his book about directing plays and musicals, is published by Faber and Faber.

John founded the Mustardseed Arts and Educational Trust in 2001 to encourage and promote new Artistic and Educational projects in the developing world. In 2018, Mustardseed Trust, in partnership with Magdalen College School, Oxford and Ambrosoli School, Kampala, funded the building and establishment of Mustardseed Junior School in Sentema, Uganda.

Dame Harriet Walter is an award-winning  British actress. She attended the London Academy of Music and Dramatic Art and has worked extensively in theatre, film television and radio.

Her television credits include Sky Atlantic’s The End, Belgravia, Killing Eve, Succession, The Spanish Princess and The Crown. Films include The Last Duel (upcoming), Herself, Rocketman, The Sense of an Ending, Sense and Sensibility and Atonement.

On stage she is best known for her Shakespearean work;  as Lady Macbeth, Beatrice and Cleopatra but also as Brutus Henry IV and Prospero in the all-female trilogy for the Donmar Theatre. She has also created many new characters for contemporary writers.

She was awarded an honorary doctorate by Birmingham University and is an honorary associate of the Royal Shakespeare Company. Harriet is also a writer and has published four books.

Artist and theatre designer Tom Piper has spent his career in performance design, with over 30 years at the RSC and many theatres both nationally and internationally. In recent years, Tom’s designs have moved out of theatres into larger scale installation work at the Tower of London.

Blood Swept Lands and Seas of Red (or, ‘The Poppies’ as it became known) marked 100 years since the start of the First World War in 2014. In a collaboration with ceramic artist Paul Cummins, the work consisted of 888,246 ceramic poppies that progressively filled the Tower’s famous moat, each poppy represented a British military fatality during the war. This was followed in 2018 by ‘Beyond the Deepening Shadow’, a collaboration with Mila Calix, which lit the Tower’s moat with flickering torches for eight nights leading up to Remembrance Day to mark 100 years since the war’s end.

He was Associate Designer at the RSC from 2004 to 2014 and as well as designing shows he was closely involved in the redevelopment project; working with Ian Ritchie architects on the Courtyard Theatre and new TOP theatre, and with Bennetts Associates and Charcoalblue on the award winning new RST in Stratford. Tom also mentored the RSC Assistant designer scheme.

Recently Tom has collaborated with Alan Farlie on the acclaimed British Museum Exhibition Shakespeare; Staging the World, and have worked together again on Blood at the Jewish Museum and Curtain Up for the V&A in 2016. Together they opened Winnie-The-Pooh at the V&A in 2018 and are now working together on the up coming Alice; Curious and Curiouser. Tom and Alan have been design consultants on the Story Museum redevelopment, creating multiple immersive exhibition spaces and a new theatre space.

Stephen Boxer was at MCS 1963-68, where he played a tribune in Julius Caesar, was something in Frisch’s The Fireraisers with John Caird, and a character – whose name escapes him – in a very serious play called The Burnt Flower Bed by Ugo Betti, in which we spent much of the time suppressing laughter.

After many years in rep all over the UK having a great time, on reaching forty, he worked for the RSC and National Theatre regularly, playing Feste, Duncan, Petruchio, Titus Andronicus, Angelo et al, as well as doing plays by David Edgar, Brian Friel, Christopher Hampton and Nina Raine.

He’s done film and a lot of television from soap to serious, including John Sargent in ‘Thatcher, the Final Days’ with Sylvia Sims, Keith Joseph in ‘The Iron Lady’ with Meryl Streep, and, most recently Denis Thatcher in ‘The Crown’ with Gillian Anderson. Three Thatchers – It might be some sort of record, like climbing The Munros.

Juliette Fritsch Ph.D, FRSA, is a museum and cultural heritage professional with more than 20 years of working for complex, high-profile, international organisations ranging from English Heritage and the V&A, to her current position as Deputy Director, Exhibitions and Public Engagement on the management Board of the Natural History Museum of Denmark (NHMD).
Her particular experience is working on large transformational projects (for example the V&A Future Plan) with curators, artists, architects, educators, and designers to deliver exciting and imaginative galleries, exhibitions, public and educational programmes. Her current role has a remit that encompasses all aspects of public-facing side of the museum’s work, including retail, commercial, fundraising, and digital activity for both the existing museum and planning for the huge new museum complex currently being built in the centre of Copenhagen. The NHMD is part of a select group of 12 that are the largest and most encompassing of the world’s natural history museums, so working internationally with peers such as the Natural History Museum in London and the Berlin Museum für Naturkinde is also a critical element of the job.

John La Bouchardière  attended Magdalen College School as a chorister (1978-83) and continued his musical studies at The University of Birmingham (BMus, MA —opera). He spent five years as a staff director at English National Opera and as an assistant and revival director throughout Europe, and has since worked internationally as a director in opera and related fields. He now lives in Paris, with his wife and son; much of the last year has been divided between creating online videos and growing vegetables at their country cottage in Vendée.

John is best known for The Full Monteverdi, his long-running dramatization of Monteverdi’s Fourth Book of Madrigals with I Fagiolini, winning a Royal Philharmonic Society Award in 2005, and which he subsequently transformed into a celebrated (if ‘niche’) film. Recent productions include his immersive reworking of Lera Auerbach’s The Blind for Lincoln Center, New York, and premiere stagings of John Adams’s El Niño and Joby Talbot’s Path of Miracles for Spoleto Festival USA.

John has worked a teacher and director at the Royal College of Music, Royal Academy of Music, Royal Welsh College of Music and Drama, and on Motley Theatre Design Course. He is also cofounder and creative director of boutique production company Polyphonic Films, and has directed music-focused film and television such as Music Room (Sky Arts) and The Stag Hunt, his recent short film based on Janequin’s La chasse.

Covid-dependent plans include Rameau’s Dardanus in New York, a revival of The Blind in Gothenburg and a new staging of baroque cantatas in Paris.

Jim is Co-Founder of Threepipe Reply, a brand performance agency that works with the likes of The England & Wales Cricket Board, Oracle, Panasonic and Soho Home. He founded Threepipe with the mentoring help of another OW that he approached at an OW networking event.

Jim regularly features in PR Week’s Powerbook as one of the most influential people working in PR, is one of The Holmes Report’s top 50 Most Innovative EMEA marketers and a board trustee of Virgin Money Giving.

Jim will be chairing this event.

Inclusion: How Mentoring Makes a Difference